We at the Employment Help Centre strive towards making an impact on the lives of individuals and building a stronger Niagara West community.

Strengthening the community of Niagara West by providing a full range of employment services and supports.

Clients receive quality service that empowers them to reach their potential and prepares them to succeed in an ever-changing world of work.

HELPING AND SUPPORTING UNEMPLOYED WORKERS SINCE 1983

The roots of today’s Employment Help Centre (EHC) date back to the early ’80’s, at that time there was a nationwide economic downturn, and this contributed to significant increases in unemployment rates. The Niagara Region was particularly affected as this area was primarily a manufacturing based economy which was the sector hardest hit by the shifts in the labour market. To address the impact of widespread lay-offs on displaced workers, three parties came together to advocate for the rights of the unemployed: the District Labour Council, the City of St. Catharines and the United Way. Eventually, this coalition introduced employment counselling and supports that would assist the unemployed regain access to the competitive workplace.

The EHC continued to evolve by responding to community needs and new opportunities, delivering a series of successfully innovative programs in the community, and the agency itself became incorporated and known as the St. Catharines Unemployed Help Centre. From the early nineties until 2010, the EHC realized a great deal of success with two core programs, Job Connect and Farm Labour Pool,  placing thousands of job seekers into employment.

Parallel to these initiatives, the EHC also offered other programs, services, and training options that were funded through the Federal Government, Niagara Region and the United Way in St. Catharines and Welland. Through its activities, the EHC became a valuable resource for employers and their recruiting needs.

Success is never realized independently but relies on contributions from other sources. The EHC would not have realized its successful achievements without the collaboration and input of its community partners and stakeholders. Agencies and organizations such as the Canadian Mental Health Association (CMHA), Job Gym, Credit Counselling, Women’s Resource Centre, Region of Niagara and the YMCA, amongst others, have all provided supports and services that contributed to an individual’s success as they traversed the path to achieving their employment goals.

In 2010, the Provincial Government introduced a new service delivery model known as Employment Ontario, which is funded by the Ministry of Advanced Education and Skills Development (formerly Ministry of Training, Colleges and Universities). The EHC was offered the opportunity to continue delivering employment services and programs in the West Niagara catchment area. So after 25 successful years serving the cities of St. Catharines and Welland, the EHC set up sites in the Town Of Lincoln, Grimsby and the Town of West Lincoln.

Job seekers and employers welcomed the EHC as there had not been a comprehensive level of service offered in this geographic area. Before that, job seekers had the choice of travelling to St. Catharines or Hamilton for employment services. They now had access to programs in their own communities. The move to these new communities offered the EHC a chance to respond to new challenges and opportunities while serving the unemployed or underemployed.

The EHC has welcomed this opportunity to evolve. We continue to provide quality services for job seekers and employers. We consult with community stakeholders to identify local needs and then develop strategies to respond to these requirements. We continue to build partnerships and collaborate with other agencies and organizations to provide supports for job seekers. And we invite the community into our facilities to utilize our resources. The EHC may be in a new era, but our values and mandate remain rooted in assisting individuals to realize their employment goals.

We thank all of our partners and stakeholders for their support and assistance. We also thank the Ministry of Advanced Education and Skills Development and Employment Ontario for the funding that is provided for the EHC to continue its work to address employment needs in West Niagara. The EHC looks forward to continuing evolution and growth.

Let’s Get To Work!

We Are Open For In-Person Services By Appointment

To schedule an appointment with one of our Employment Advisors or use our resource area, please contact us by phone or email at any of our 3 locations.

This Employment Ontario service is funded by the Ontario government. The views expressed on this website are the views of the Employment Help Centre and do not necessarily reflect those of the Ministry. 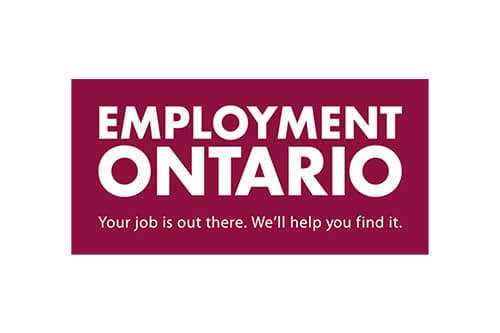 This Employment Ontario service is funded by the Ontario government. The views expressed on this website are the views of the Employment Help Centre and do not necessarily reflect those of the Ministry.

This site uses cookies. By continuing to browse the site, you are agreeing to our use of cookies.

Send this to a friend